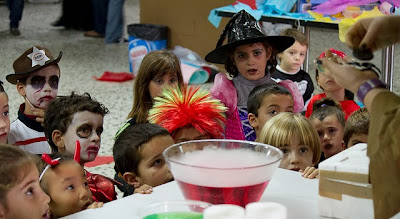 Fall is flying by, and Halloween is tomorrow! This holiday tends to be a favorite for kids, since it incorporates two of their favorite things: costumes and candy. In the midst of the dress up fun, it’s also a great chance to squeeze in a little family time. Tomorrow afternoon, after everyone transforms into their favorite cartoon characters and superheroes, surprise your young ones with these fun family games.

As an added bonus, they all offer a bit of educational value -- but we won’t tell unless you do.

Read more »
Posted by Alyssa VandeLeest at 9:28 AM No comments:

Most principals (and parents) have tried fundraisers that have zapped time and energy for little return, but it doesn’t need to be that way. Here at Altruistic Apps, we think we’ve found the answer.
Our School Supporter app is personalized to your school and its community, giving parents discounts at the places they already love to shop! Meanwhile, an impressive 50% of the money businesses pay to join the app goes straight back to the classroom.

But enough from us...we’d like you to hear it from someone who knows firsthand. Principal Schuth of Prairie View Elementary uses the School Supporter app at his own school and believes it can truly revolutionize school fundraising. Watch the video below to hear him explain why he loves it.

Read more »
Posted by Alyssa VandeLeest at 7:28 AM No comments: 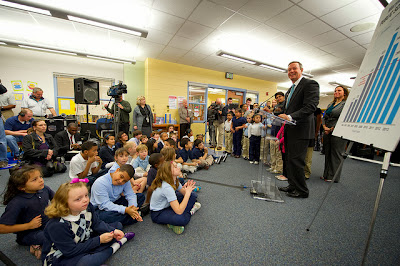 By now, your kids have settled into the routine of a new school year, and so have their teachers. Homework, quizzes and tests are keeping them busy. However, if you’re like many parents, you’re probably beginning to notice that some aspects of your child’s school aren’t living up to their full potential. Maybe it’s a lack of technology in the classroom, the elimination of music or art classes, or too few specialized teachers.

The problem? It’s usually money -- there’s just not enough to go around. That’s why you’re willing to sell cookies and cut box tops to help your kids’ classrooms out. But maybe it’s time to add a few new fundraising tools to your belt.

Here are six “outside the box” fundraising ideas that will help you take your efforts to the next level:

Read more »
Posted by Alyssa VandeLeest at 5:42 AM No comments:

Building mutually beneficial relationships between schools and businesses, both local and national, is what Altruistic Apps' new School Supporter app is all about. With our apps, businesses are able to reach parents in a very targeted, yet very respectful way. In the process, they give back to schools in their communities and position themselves as being socially responsible. A remarkable 50% of the money that businesses pay to be on featured on the app go directly back to the schools the business is supporting. Meanwhile, shoppers who use our apps save money. It’s a triple win for smartphone users, schools and businesses.

Today, we’d like to introduce you to one of our newest School Supporters, Midas Car Care Centers. In today’s video, Walter Bratcher, who leads a family-franchised group of 11 Midas stores in Chicagoland, tells us why he cares about supporting schools with Altruistic Apps.


Read more »
Posted by Alyssa VandeLeest at 9:35 AM No comments: 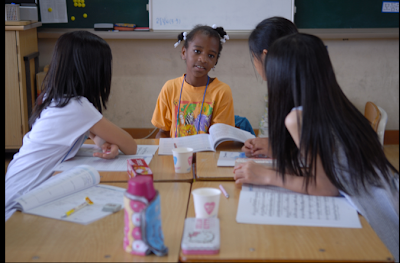 Can you believe that it’s already October? If your school is like most, your kids have been back in class for close to a month. However, there’s a good chance your family is still adjusting to the new school year. Getting used to new routines takes time, but the sooner your kids get into the flow of their new schedules, the more successful they’ll be at school.

Here are five ways to build healthy habits and improve your children’s chance of success this school year:

Read more »
Posted by Alyssa VandeLeest at 11:08 AM No comments: