For the next several weeks, we wanted to take the time to introduce you to members of our team here at Altruistic Apps LLC. These are our talented, hardworking partners, often behind the scenes, and we're thrilled to share a bit more about their skills and talents. 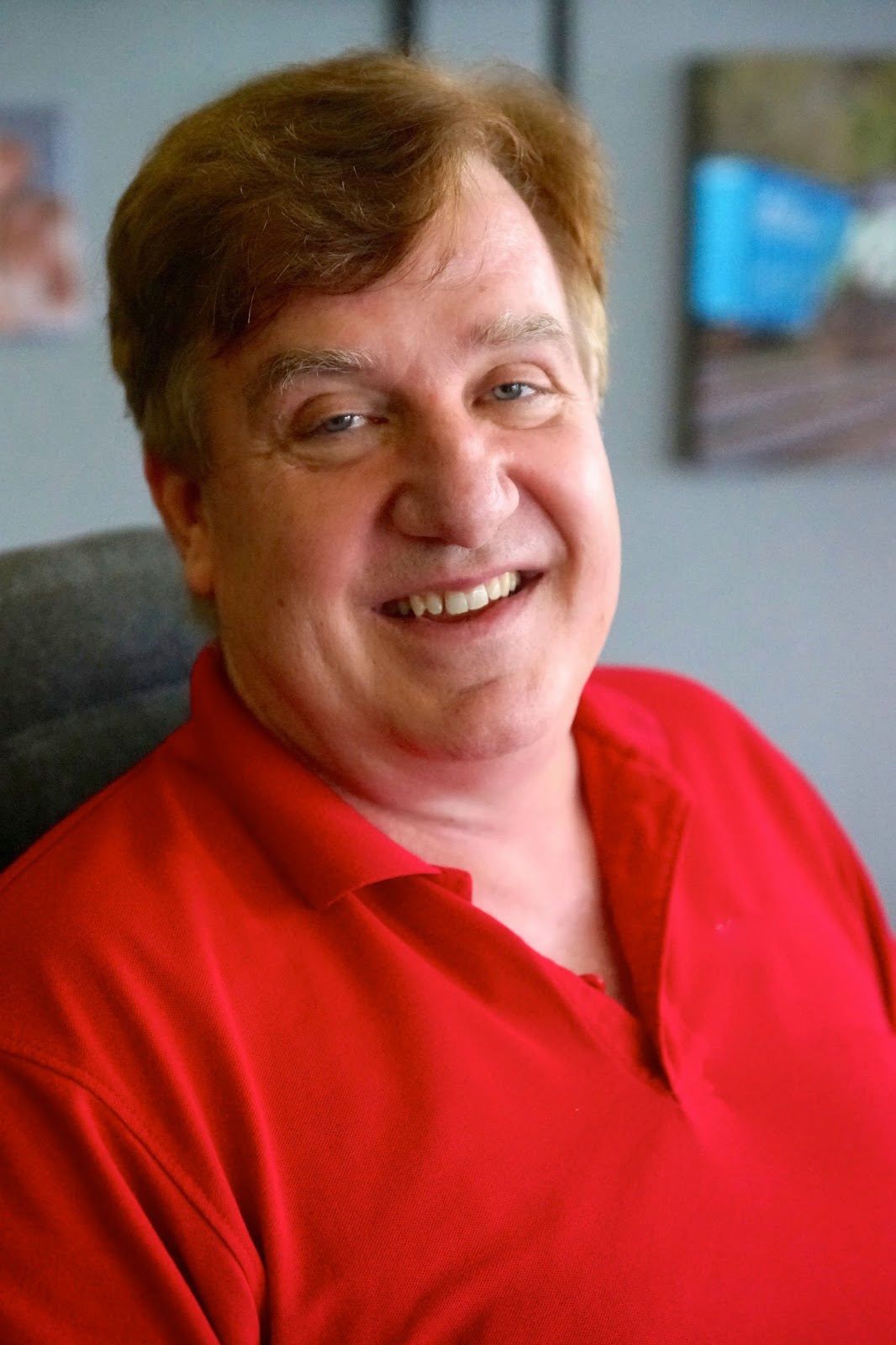 Meet Steve Haney, our down-to-earth, easy going, and talented Creative Director. It's his keen eye that keeps the    branding consistent -- from the web and print collateral     to the School Supporter Apps, as well as the business icons.

When asked what inspired Steve's creativity, his     response was, "I've always loved drawing." "When I was younger I was the kid always drawing pictures of            my family…sketching my brothers as cartoon characters." "From as early as I can recall, I was drawing, and people would  comment on how good and fast I was." Which makes it all the more surprising that Steve didn't take his first official drawing class until college.

Originally, his college studies were in mechanical and technical drawing, but after taking several  classes he found it wasn't as appealing for him. "I liked more creative drawing, so I switched to graphic design." Now, 35 years later Steve is still putting his pen to paper - as well as computer - creating web designs, and print collateral. He's designed logos, packaging, brochures  and more, for hundreds of clients.

Steve says the most rewarding thing for him is when he hears his clients response after seeing the work he's created, "their thanks makes me feel good…those direct conversations generate the best feelings."

Getting to work with Steve, as part of the team on Altruistic Apps has it's rewards too. Steve said that what he found appealing about Altruistic Apps "is that we'll be providing directly to schools…to me that's everything." "My kids are grown now, but they (their school) really didn't want for things, not the way that other schools did…it's a dramatic difference when I see photos of the schools from some of the neighborhoods in Chicago, and I think, wow, they need help!"  "And the best part is…we can help these schools."

It's that big hearted nature, along with his creative skills, that makes us feel lucky that we're getting to work with Steve. Next time you click on an icon for your local school or small business or visit our website, know that it's Steve creative talents that help make those possible.